To create an ‘R-rated’ Wolverine film, to finally show Wolverine in the violent, brutal light that his character so obviously deserves, has been the dream of many X-Men fans, along with Hugh Jackman, for many years now.Finally, in

Finally, in Logan, it’s been achieved. Following the enormous success of Deadpool, Logan’s R-rating brings us the same gore but far more brutality, and far less silliness, all while achieving the same excellent standard.

The film opens in 2029, and ‘Old Man’ Logan (see the comic story that the film is very loosely based on) is working as a limousine driver while caring for a dying Charles Xavier. It only takes the first few scenes to demonstrate the huge tonal change from any other X-Men movie to this one; the opening fight scene is as brutal as any other fight in the film, and we meet Patrick Stewart’s Professor X shortly afterward. He is being kept and regularly drugged at an old smelting plant by Logan and Caliban, played by Stephen Merchant, in an attempt to control his dying and incredibly dangerous mind. Within these first few minutes, we see the gore and violence that 20th Century Fox had been so cautious to approve for so long, as well as the heartbreaking vulnerability of an old, dying fan-favourite.

Mark Kermode recently pointed out how painful the violence feels, and he’s absolutely right. In a genre where deaths are almost infinite (see: Avengers: Age of Ultron, Man Of Steel, etc. for an absurd amount of civilian fatalities), each death in this film feels real. Brutal as it is to see Wolverine’s claws go through the back of a man’s skull and out the other via his eye, it perfectly fits the film’s tone, and it wouldn’t be the same film without it.

The performances are as good as any you’ve seen throughout the X-Men franchise. If this weren’t a superhero film and were more of a indie-Western that it very much feels like, I wouldn’t be surprised to see leads Jackman and Stewart walking home with awards.

Stewart’s feeble but abusive Professor X is a fantastic take on the character, following on from his more reserved performances in the central trilogy, and James McAvoy’s young Charles in the prequel series. Merchant is excellent in a performance that will surprise everyone; he brings dark humour to a film that very much needs it at times, and he makes the more dramatic scenes his own, too. Despite it being a surprise casting, I can’t picture anyone else pulling off “glorified truffle pig” Caliban the way Merchant does.

Jackman is, of course, as good as he always is, but this is the send off he deserves. His performances have been a strength of the X-Men franchise from day one, but Logan allows him to go out with a bang, and fully demonstrates his acting range. There’s action and fighting and gore, but there’s also ageing Logan, struggling to keep going, suddenly plunged into a plot that involves caring for an elderly man, running a small business, and now driving the length of America in order to save a young girl.

Speaking of, Dafne Keen’s Laura, or X-23, is excellent. It’s almost a shame that this film isn’t for younger viewers, as Laura is the coolest young, female protagonist you’ll see, and would make a fun action figure/Halloween costume/favourite character for any child. She steals many of the scenes she’s in, and her fights are as engaging, brutal and straight-up brilliant as Wolverine’s. 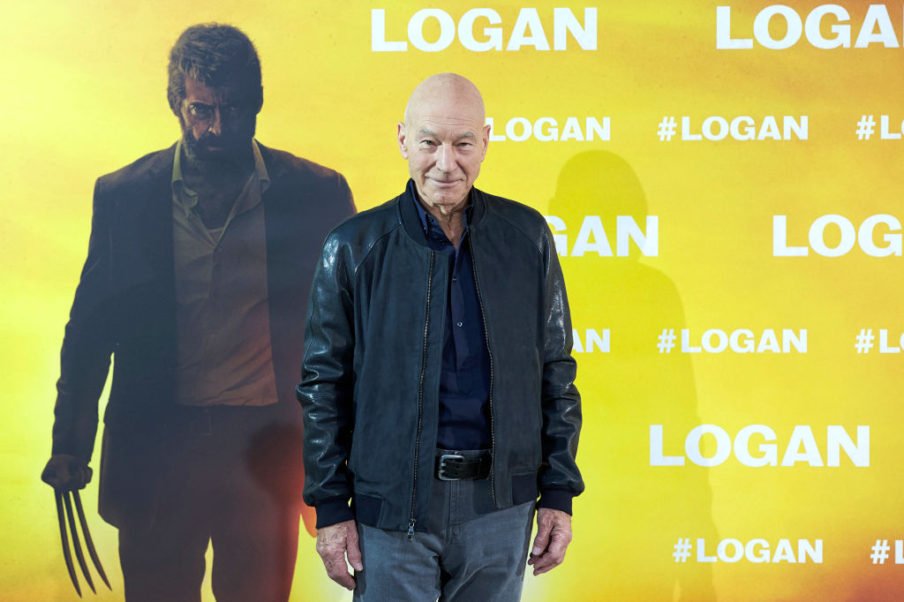 I’ve seen some criticism of the villain(s) in the film, but I rather enjoyed Boyd Holbrook and Richard E. Grant, as well as the surprise Ultimate Baddie. In a film that feels very distant from its comic book origins, Pierce (Holbrook) and Dr. Rice (Grant) add that classic, menacing super villain feel that brings the film back to its roots when necessary.

Interestingly, while the action is great fun, it’s the small, indie-like scenes that make the film. Writer-director James Mangold crafts intimate moments between characters, old and new, that show the long-term effects of living a life like Wolverine’s and Charles’. There’s a lovely family feel to Charles, Logan and Laura as a trio, and the early comparisons to a superhero-version of Little Miss Sunshine make a lot of sense. 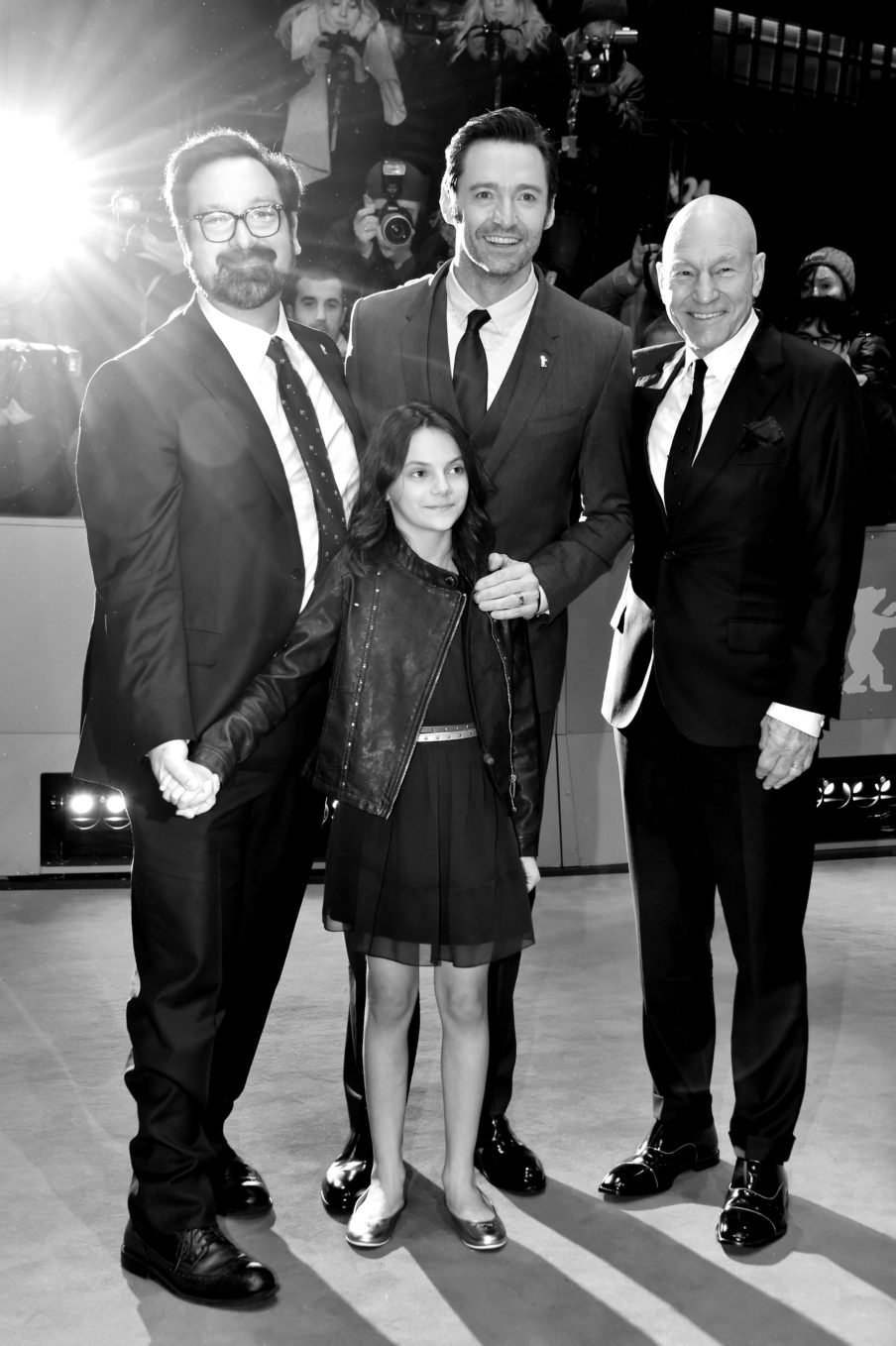 In a franchise plagued with disappointing mediocrity at times, Logan is a rewarding and fulfilling end to Hugh Jackman’s X-Men arc and, if we’re to take Stewart’s word for it, his take on Professor X, too.

X-Men fans have been blessed with some fantastic actors over the last 17 years: even the much-maligned X-Men Origins: Wolverine (which I secretly quite enjoyed, don’t tell anyone!) had an early Ryan Reynolds’ Deadpool, plus Liev Schreiber, and the prequels assembled a stellar cast that many other franchises would be desperate to recreate (McAvoy, Michael Fassbender, Jennifer Lawrence, etc.).

This really is the highlight though. Jackman and Stewart are at their best, and the script is as good as any in the franchise so far.

A fitting end, and a very, very good film.

Twitter: It has been a great honor to work beside you @SirPatStew . So, what’s next?! Love HJ https://t.co/N66pw9QSr3 (@RealHughJackman)